We rolled into the Santa Maria Novella train station in Florence (Firenze) not quite knowing what to expect, but optimistic at the possibilities. Like most of our journey, it proved to be much different than our preconceived notions. Our hotel, Locanda Daniel, was a short distance from the station, which can make all the difference when you’ve been backpacking for a month. Florence immediately showed us it’s calm nature and upbeat personality. In some ways a miniature Rome, in others a completely different animal altogether.

Our balcony held a fantastic view of the Duomo, the touristic and symbolic heart of the city. Once we dropped off our bags we set out on our now-routine walkabout. It turns out our area possessed several pubs, restaurants, bakeries and a laundrymat. On top of that, nearby was a greenspace which seemed to be lacking in Rome. We laundered nearly our whole backpacks and found a nearby restaurant (Za Za’s) for our first good meal in Florence. We returned to our hostel with wine, and overhearing a conversation in the kitchen we decided to share our drink and make some friends. This is what separated our stay from the stay in Rome – human contact! It also set off a chain of social evenings which would soon define our stay.

The next day we took in a museum and a botanical garden while getting to know the different areas surrounding the river which defines the geography. We began to appreciate the humble nature around us and the scenery didn’t hurt either. Everywhere you turned a new Piazza complete with monument. We returned to the hostel to meet our friends for the dinner planned the night previous. We found an unmemorable restaurant but ordered wine to get the night rolling. We discussed our travel itineraries and the many similarities and differences of Argentina (Marcos) and Toronto (Justine). We then walked to the pub two doors down from our hostel which we had noted played good music every time we walked by, certainly a first in a long time. We ordered many half liters of beer while enjoying the company which included Thom Yorke and Eddie Vedder. Morning headaches ensued.

Day 3 we met Jessie’s Aunt and Uncle who have been traveling Europe since the same day we left. We had both been criss-crossing Italy on different paths before ending up an hour outside of Pisa. We decided to hop on a train, take a tilted tour of the Tower of Pisa and share a cultural meal at McDonalds. It was great to meet them and their travel partners and share experiences and some long overdue hockey talk. We returned to Florence around 5 and caught a quick bite before meeting an entirely new set of friends at a familiar pub. Gerald and Isaac, two brothers from Vancouver whom we met on our flight to Rome. We knew that our travel paths were similarly aligned for the weeks following the flight, and after a failed attempt in Rome we caught up with them in Florence, producing a hilarious new set of memories.

We agreed to meet the next day to climb the Duomo and catch dinner. So we did. But not before we practiced some much needed retail therapy in the form of boots for Jess and a warmer jacket for me. We arrived at the Duomo and climbed some 400 more odd steps for a breathtaking view of the cityscape. We picked the perfect time as well, for not only were we rewarded with a sunset but our patience paid off in the form of a few new comrades. As one English speaking person usually attracts another we were soon a group of 7, our new additions hailing from San Fransisco, Toronto and Edmonton. We settled back down to Earth and made our way to a reputable Trattoria where we enjoyed a few bottles of wine, a selection of fine meats and cheeses as well as small but reasonably portioned main courses. Our dessert came in the form of still yet more beer, and we made fast friends and a great night of it.

We were sad to say goodbye Florence, especially not knowing when we’ll make great connections again, but you never know what’s around the corner, and not knowing is half the fun. 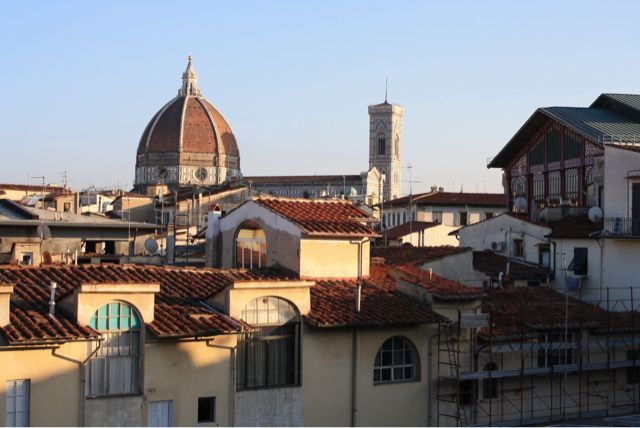 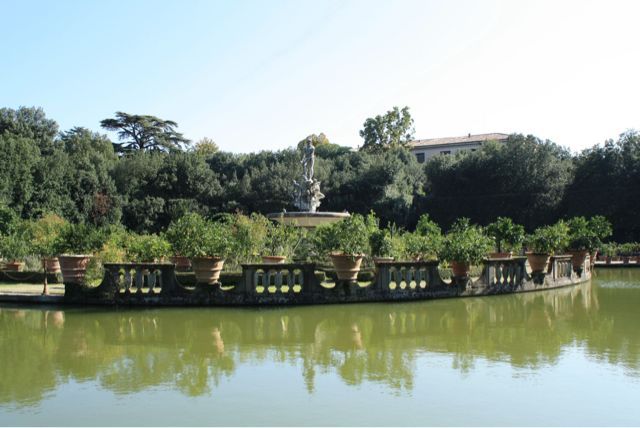 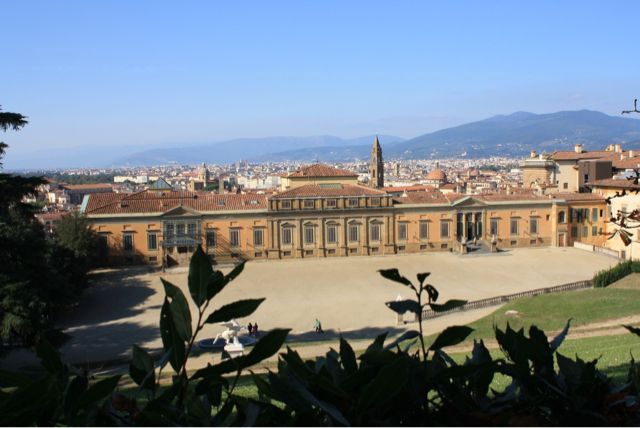 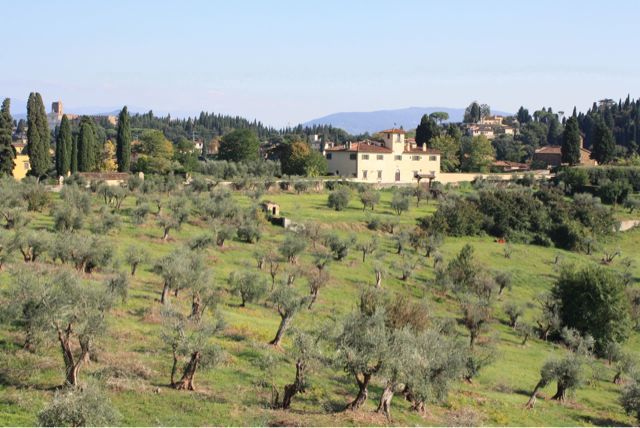 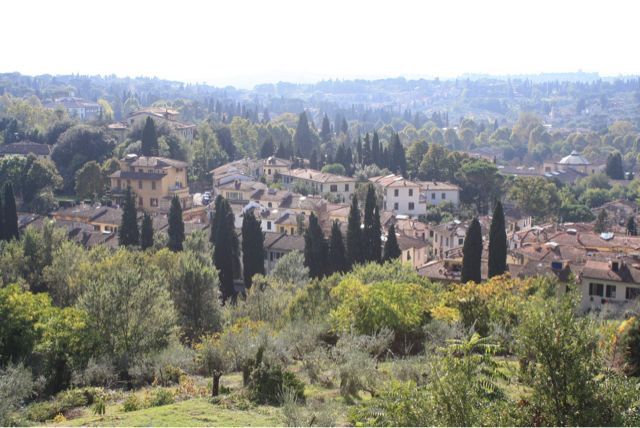 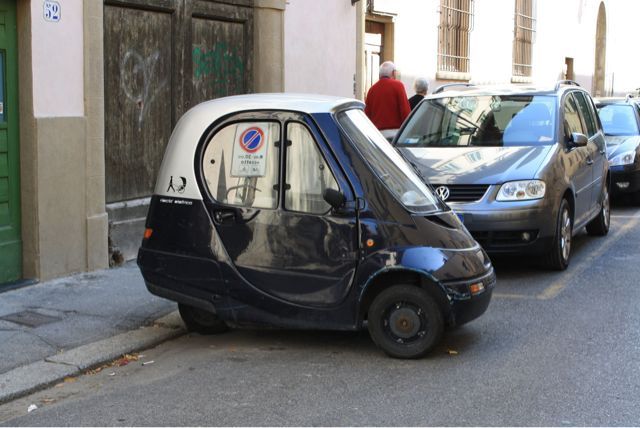 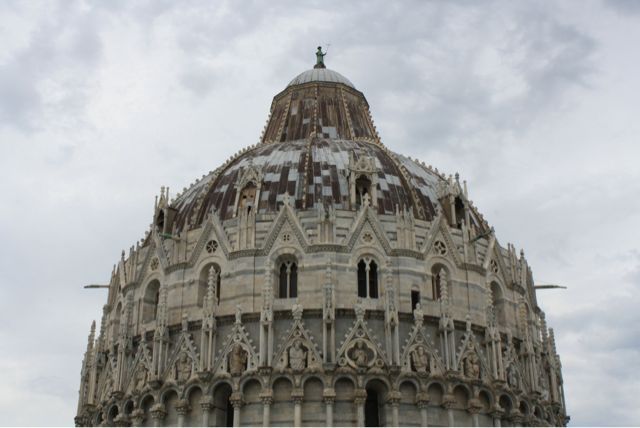 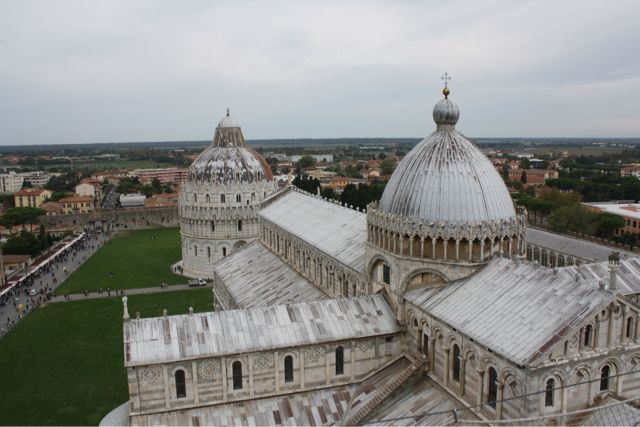 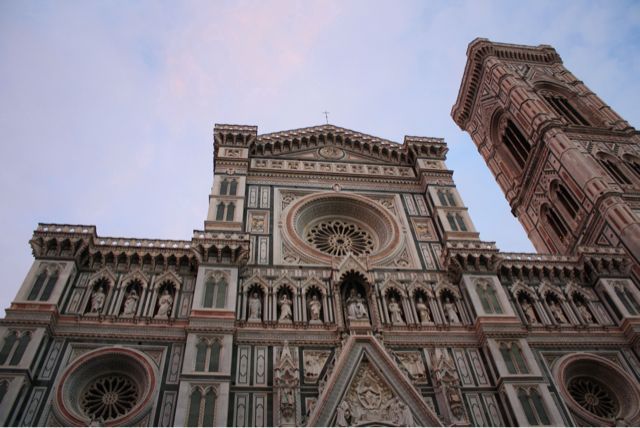 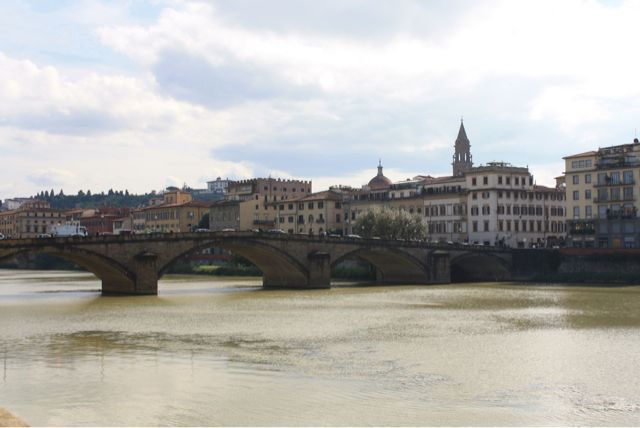 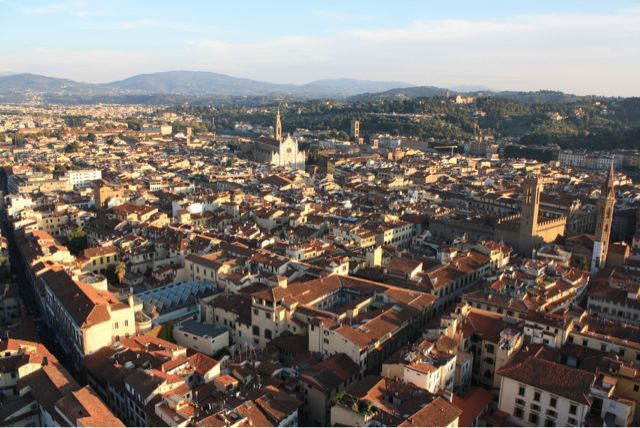