We don’t know what your weather is like, but our current temperatures are below the seasonal norm, leaving us in the cold. As such, we’re looking for any excuse to get excited, and while things aren’t really that bad, the current hype around the new Arcade Fire album is stoking our fires in the best of ways. 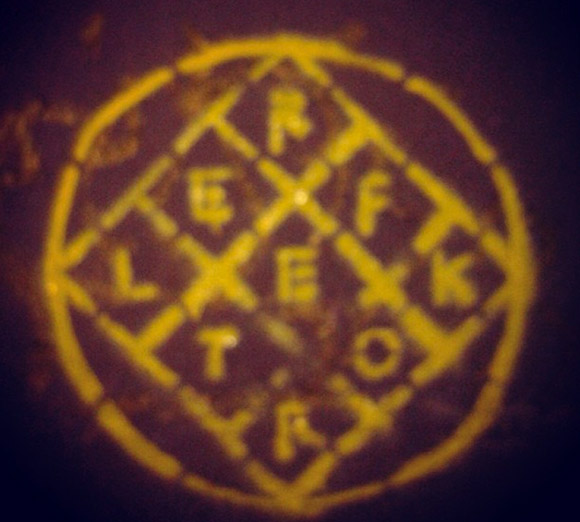 It seems that the rumoured title, Reflektor, is all but official, with a newly dedicated Instagram account popping up in recent days featuring chalked artwork of the title in various locations around the world (side note — whoever has this job is one lucky individual). Also making itself seen (and heard), an official teaser website, featuring a hand scribbling the cryptic symbol, the same video seen earlier in the week at Lollapalooza and Osheaga. 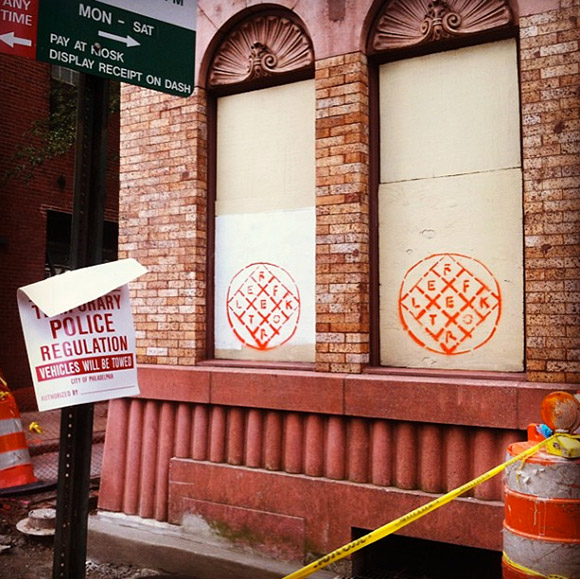 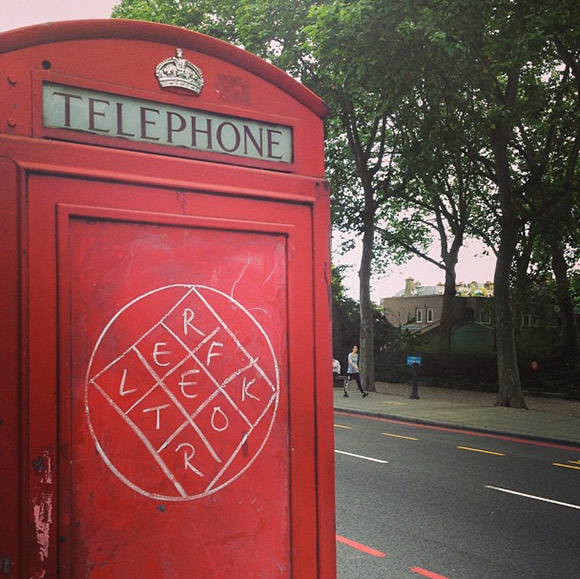 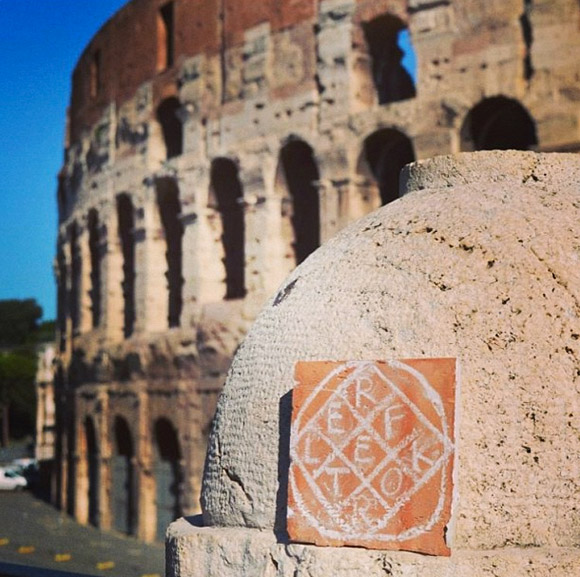 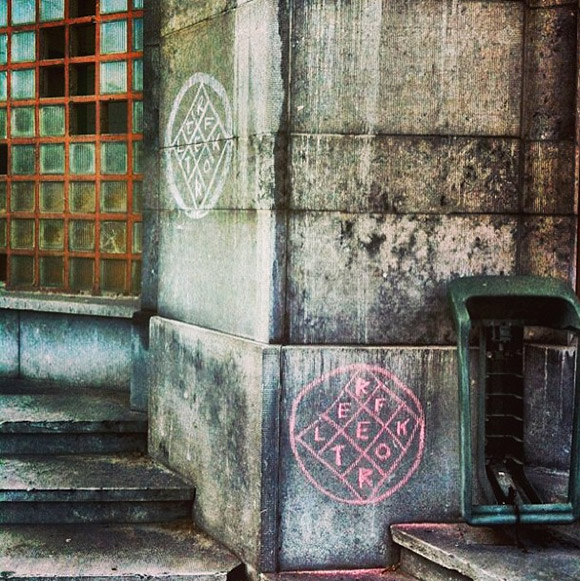 If the 3 years (!) since their last album is not enough to get your attention, adding to the hype is former LCD frontman James Murphy (who helped produce the album) offering his summary of the album, as only he can: “It sounds like Arcade Fire in the way that only Arcade Fire sound like Arcade Fire.” Set to drop on October 29th, we are actually giddy with excitement as we wonder again at the progression of their music both spiritually and thematically. We’ll be first in line (either physically or metaphorically, as determined by the packaging of course) to make our purchase. Where will you be? – Tyler + Jessie