Well, this may be a stretch for a metaphor. Mostly we just wanted to use the ShakeIt App, but we did shake things up by taking a detour to Belgium this past week, from our previous locale in Zurich.

Almost a week after having left Belgium, we are left with the feeling that we barely scratched the surface of what the country has to offer. That being said, our 5 days spent there were both fulfilling and rewarding.

We arrived in Brussels early on the 10th of November, caught an early train to Bruges and checked-in to our reserved hostel, Charlie Rockets. Great name, cool place. Decorated in American nostalgia from the 50’s to the 70’s, Charlie Rockets is essentially a bar with beds above it, not that they proclaim to be anything else. We caught wind of a pub crawl later that night and decided it would be a great way to begin tasting Belgian beers and meeting some new friends. But first, our now-routine-first-day-exploration.

Bruges is a great little place. We say little, because even though they have hundreds of shops, there are only 4000 odd inhabitants. That certainly doesn’t stop the tourists from pouring in, but the old world charm remains despite the weekend crowds. Nicknamed ‘Venice of the North’ Bruges is situated amongst canals, but in reality resembles smaller towns in The Netherlands such as Edam. Plentiful brickwork and medieval churches fill the skyline and a few windmills remain although they were strictly for show. We stopped at seemingly every chocolate shop (and there are many) before settling into another load of laundry and getting ready for the pubs.

When we arrived at our starting pub we had to laugh. It seems the crawl did not meet the required 3 people minimum, but with our arrival we pushed it up to 4! Slow season indeed. Another 5 or so people showed up, a couple of self-proclaimed ‘pretentious bastards’ from Britain, an American and a few token Australians. It turned out to be a pretty great time and we mingled with a couple locals, asking many questions which is the best way to learn.

Early the next morning we shook off the cobwebs and proceeded to our World War I tour (see: A Day To Remember post). I won’t reiterate the details, but it was one of our favorite days to date.

The next day we battled more rain while perusing the many shops still left undiscovered, operating at a casual pace. We explored a chocolate museum (!) where we learned about it’s migration from Venezuela and Ecuador to Europe through the Spaniards and its eventual widespread acceptance as a drink for the upper class. Only much later did it make its way into shops for all classes (almost) to enjoy. Then, as middle class citizens are wont to do, we sampled. Mmmmmmm. From there we toured the Halve Maan (Half Moon) brewery which was steeped in history and full of sights and smells. Most importantly they gave us each a deliciously free beer (Bruges Zot). Good times.

We later hopped on an evening train to Brussels where we arrived at our small condo apartment, drenched to the bone. Our room was clean, had a kitchen, and most importantly was on the West side of the North Train Station, the side without the red light district. We dried off and prepared for another day of Belgian beer and culture.

We were lucky at this point to meet up with our friend Brigitte who we had last seen two months (seems like two years) ago in Rotterdam. Having worked in Brussels she was able to tour us around much quicker. Thanks to her and the fabulous Brussels guides (made for youth by locals is their apt claim) we were treated to smaller venues (Moeder Lambic) where we sampled strong, dark beer recommended by resident experts. We also ate at a great little place (Fin de Siecle) that serves authentic (not touristic) Belgian dinner at pre-Euro prices. But far from being done, we saved the best for last or what I like to call Heaven; Delirium. Perhaps the most famous pub in Brussels, it serves over 2000 beers from around the world. The entire bar, from floor to ceiling, is decorated with signage, beer trays, clocks, coasters and every manor of beer paraphernalia you can think of. With 45 beers on tap its much easier to explain your tastes to the helpful bartenders than take a stab in the dark at such a large selection, but some favorites included Chimay Bleue, Equinox and Delirium Nocturnum, none of which fall under 8%.

Our last day was spent fairly sleepily, walking around seeing more of the city and conserving our energy (and money) for Berlin. If and when we come back to Belgium, we know that we have much more to discover including Ghent and Antwerp, but for now our brief Belgium appetizer was just right and we recommend it to any who are interested. 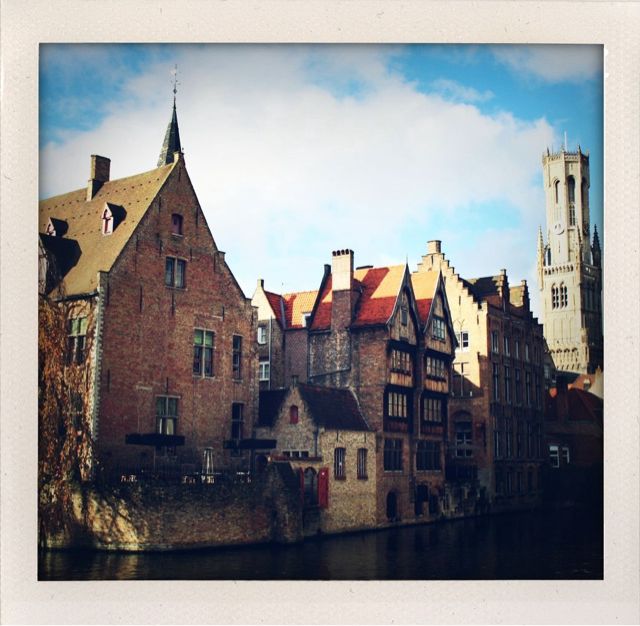 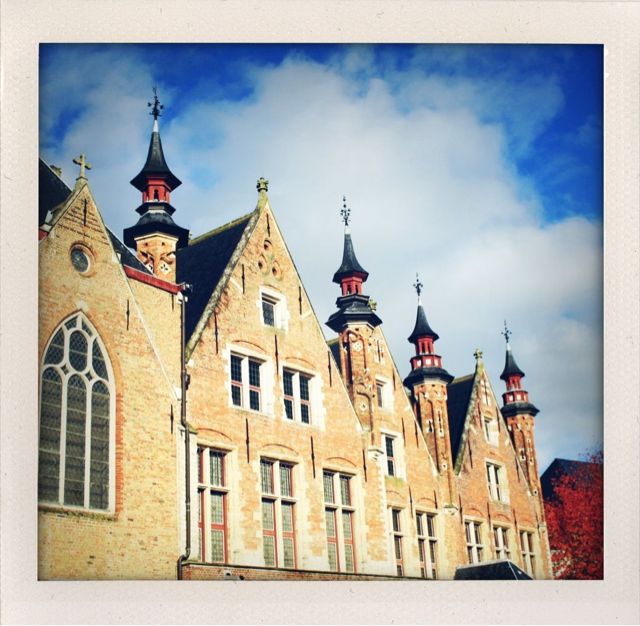 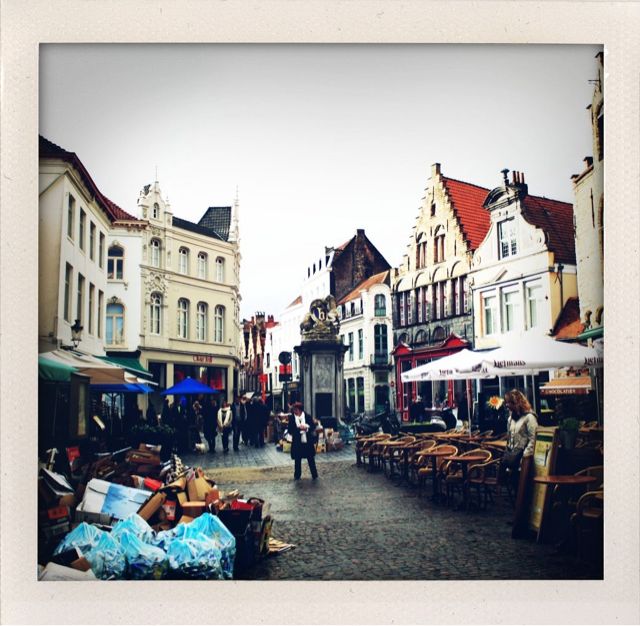 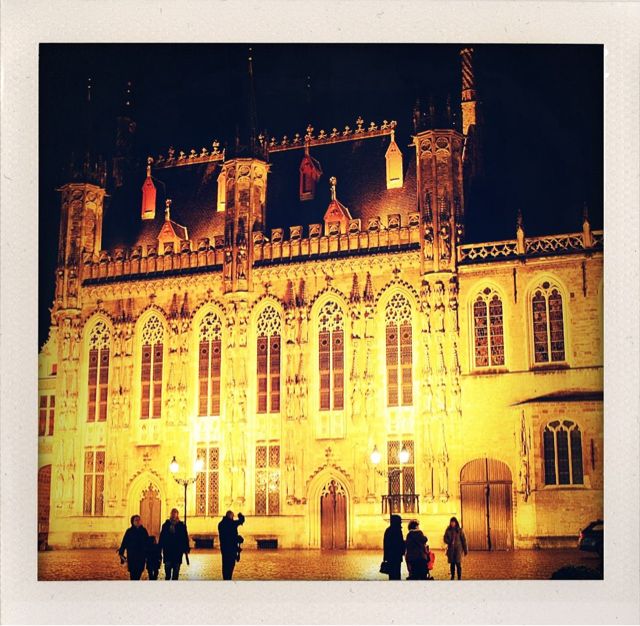 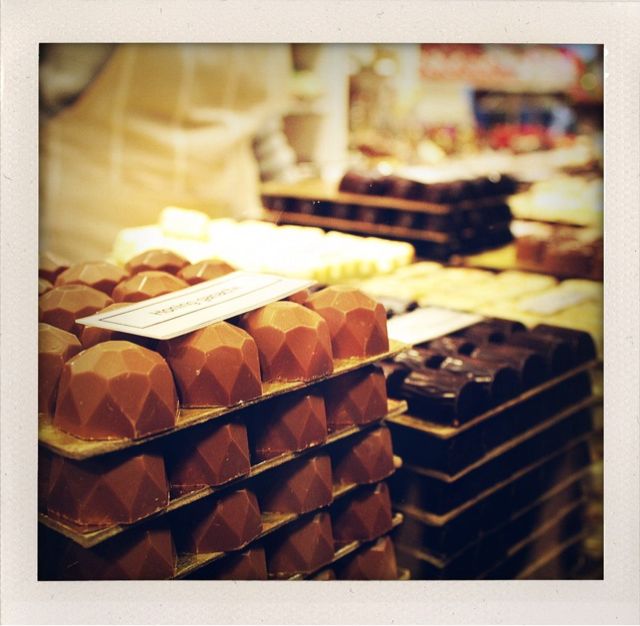 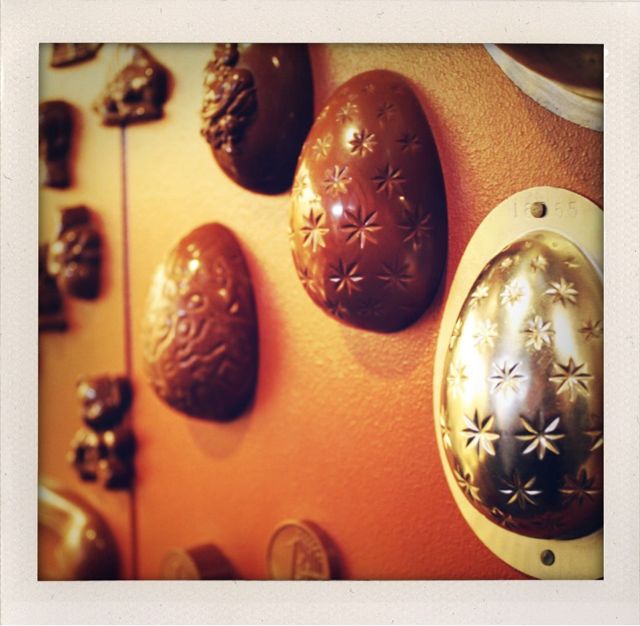 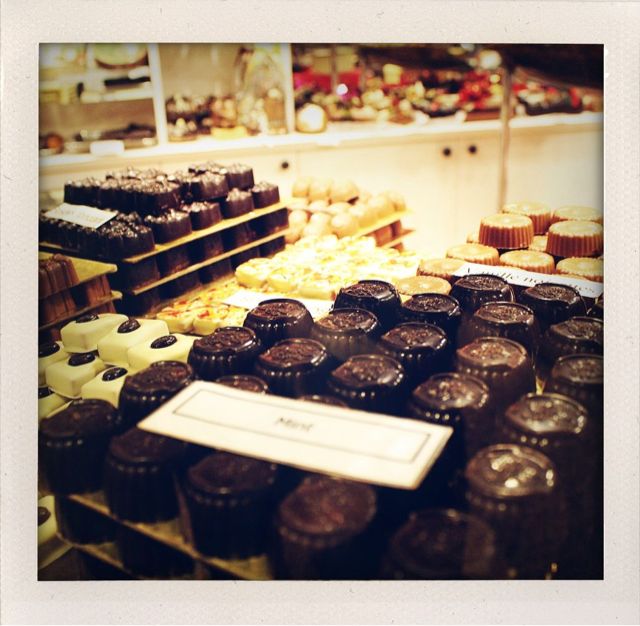 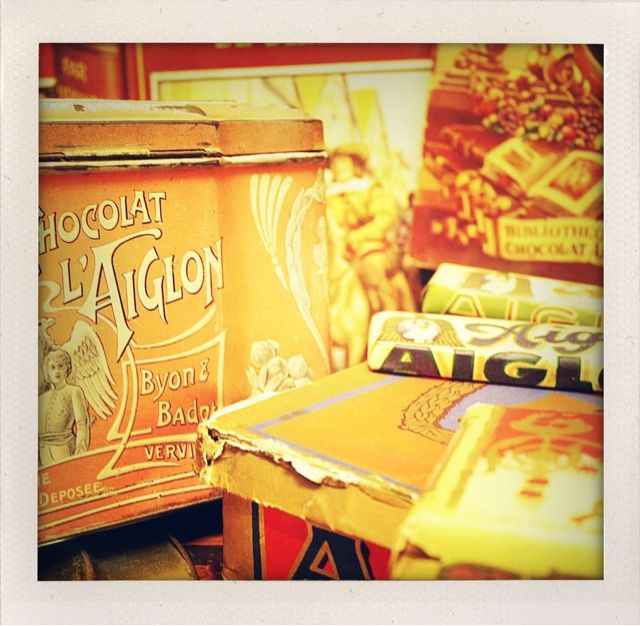 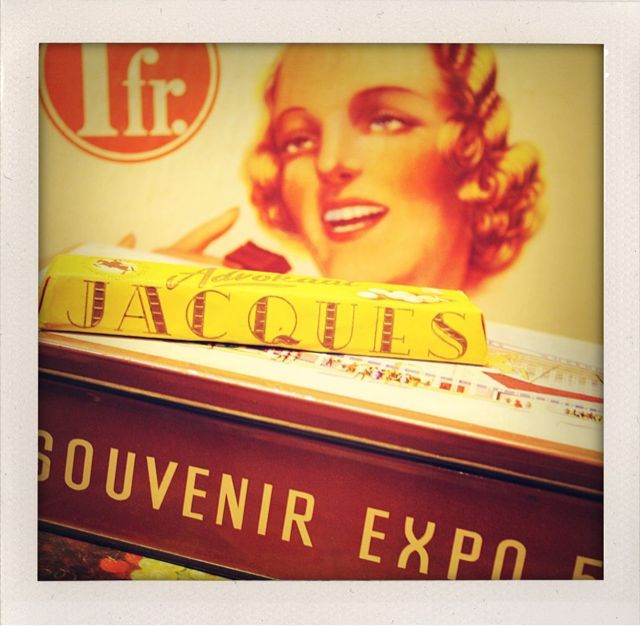 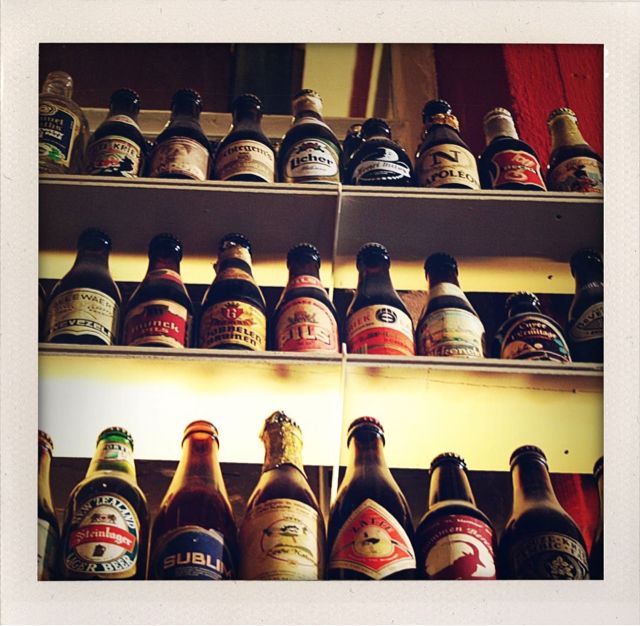 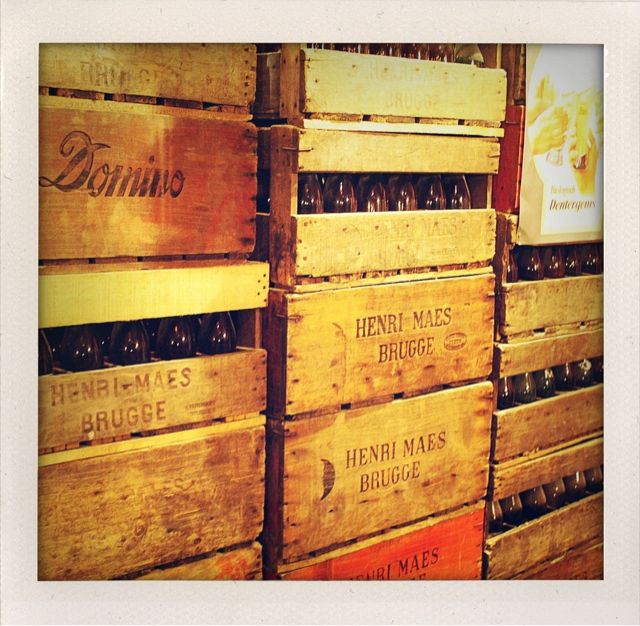 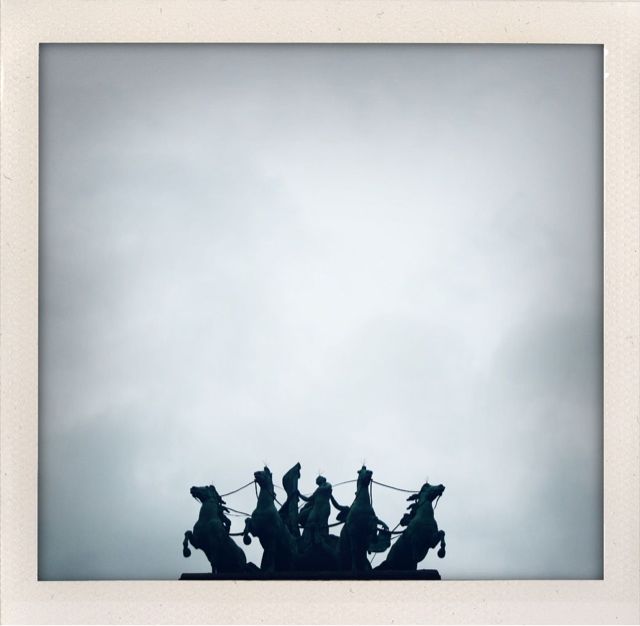 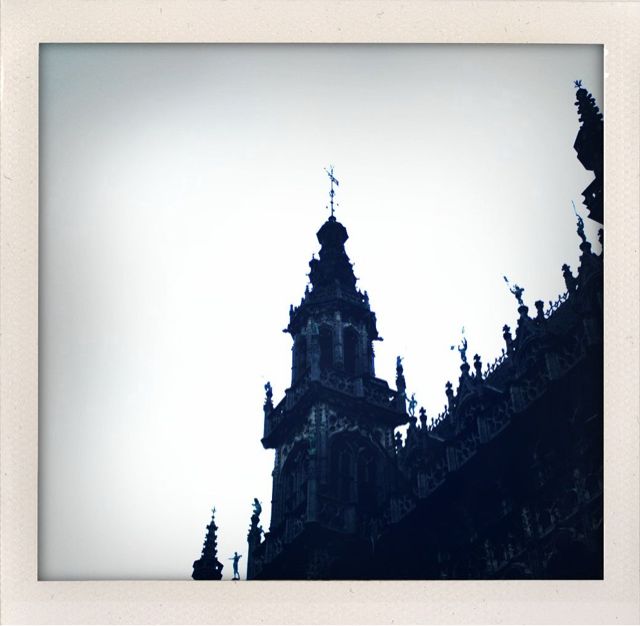 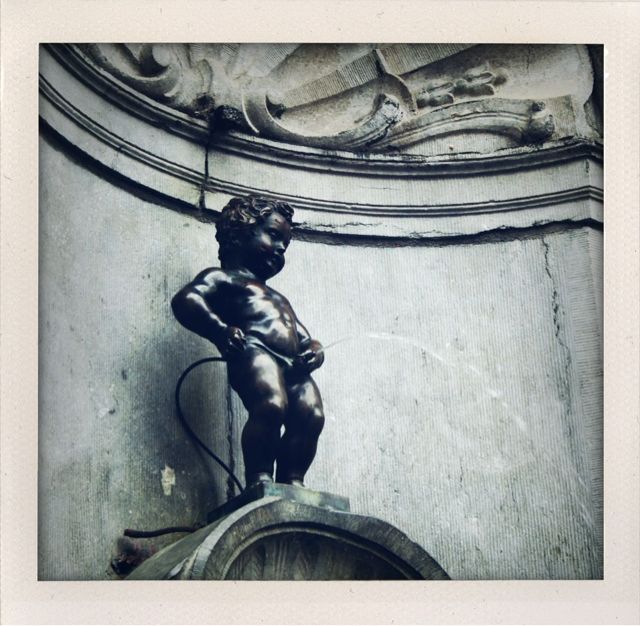 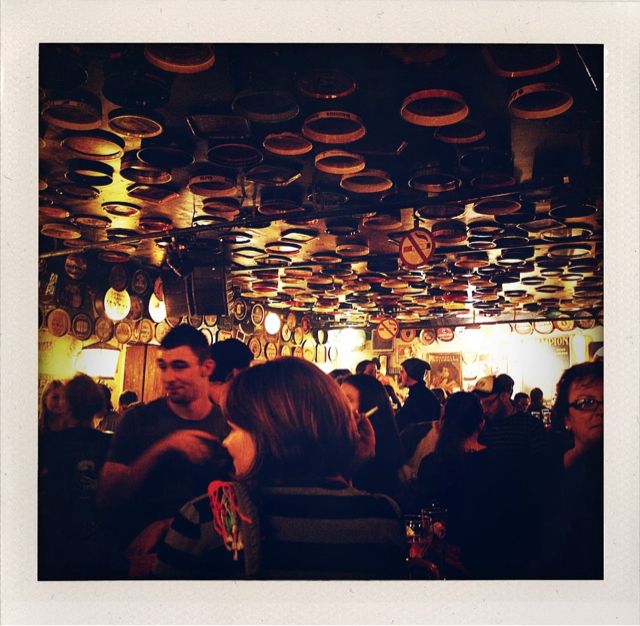 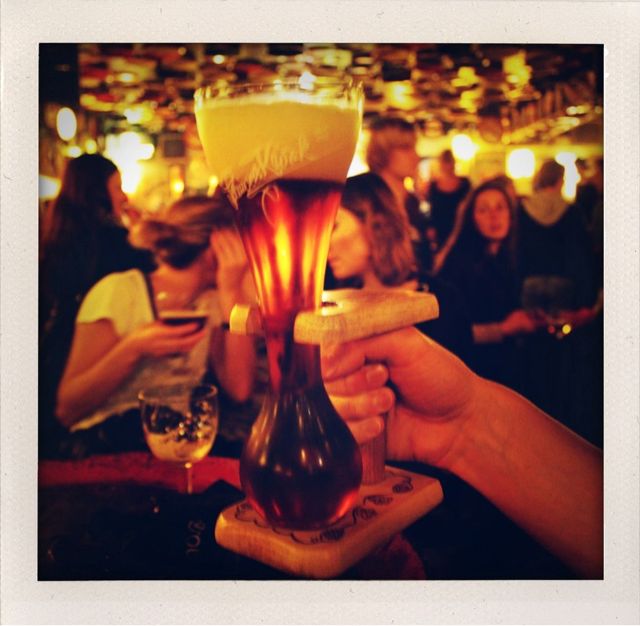 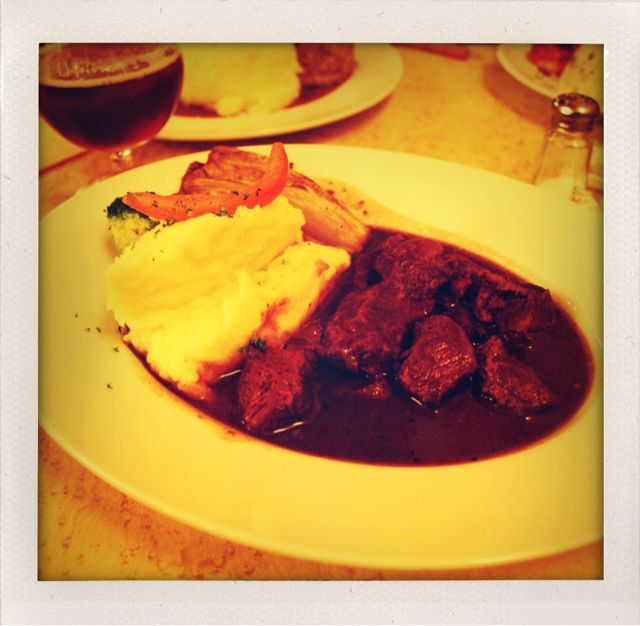 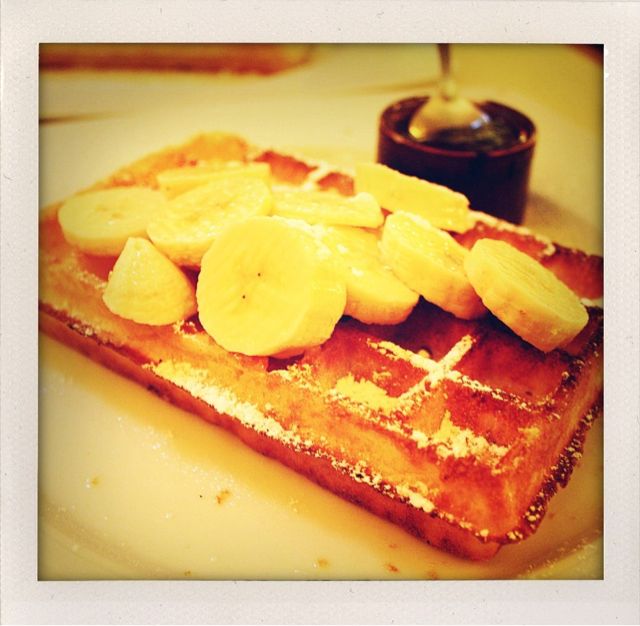