It is difficult to sum up the impact Remembrance Day has made on us this year. We spent the day walking on the very soil where WWI was fought, and in the trenches where so many lost their lives. It was merely a coincidence that we found ourselves in Belgium at this time of the year, but once we realized where we would be, we immediately jumped at the chance to learn and observe.

We began the day navigating the various fields around Bruges, where many battles were waged, before settling in Ypers. Here we witnessed the 11:00 ceremony at the Menin Gate, a memorial to 55,000 missing soldiers and their sacrifices. Ypers, rebuilt after being completely destroyed, was the site of 3 separate battles and changed hands between the German troops and the allies several times over the course of the four-year war. Although we could not get too close to the ceremony, we felt very moved to be able to be in such a place at such a time.

From there we continued to Hooge where we visited the small but very detailed Hooge Crater museum. This really opened our eyes to the conditions the men faced on the battlefield. The museum displayed many, many items such as artillery, uniforms and equipment. There were displays about the terrible use of gases, among them the horribly effective Mustard Gas, as well as one display about the introduction of flame throwers. Frightening to the core. We learned about Hellfire Corner, a virtual lead wall of bullets because ammunition exchange was heaviest at this crossroads. We were also able to view maps detailing just where the Western Front was formed and how the territory was in constant evolution. We had forgotten so much since our history classes in school that we’d overlooked the fact that The Great War was fought on the ground where progress was literally measured a kilometer, or less, at a time.

We continued on to Tyne Cot, a tranquil war grave busy with people coming to pay their respects. The 11,000 graves there seemed enormous in scope, but once measured against the total number of lives lost made us begin to comprehend just how large the war had been. We proceeded to ‘Hill 60’, a much sought after piece of land during the war nicknamed for it’s level above sea. The highest point in this largely flat country, it became extremely important on a strategic level. While it is now beautiful and full of nature, it was once charred earth and human chaos. Hard to believe.

As the days light began to fade, we proceeded to a recreated trench, funded and created fully by an adamant group of 7, called ‘The Diggers’. We were familiar with men digging trenches but only now learned what they looked and felt like. Belgium, like the Netherlands, is a low lying country close to the water. The earth is firm, thick, water-refusing clay. The generals had to get innovative, instructing their troops to dig trenches in this clay, as well as tunnels some 30 metres underground, creating a vast network which was used to plant mines under the enemy. Many men died here of disease, dehydration and a variety of others conditions brought on by their uninhabitable surroundings.

To put this all in scope, consider the following. Every year to this day, some 200,000 kilograms of weaponry, ammunition and human remains are discovered by farmers. Every year, even 92 years later. We were fortunate to visit one farmer who had a display of shrapnel shells, bayonet rifles, grenades and many other items in his garage from this year. It was truly staggering.

We ended our journey, most fittingly, at the Field Dressing Station where Canadian John McCrae wrote the poem ‘Flanders Field’. Our guide read the poem to our small group aloud, the first time in many years we had heard those words. A most sobering moment.

At the end of the day, we believe that seeing for the first time exactly how and where the war took place helped us put ourselves in the shoes of soldiers. Because the weather today was fierce wind, rain and cold it made us appreciate, even more than we already do, the sacrifices they made in similar conditions so that future generations such as ourselves can live the way we do. 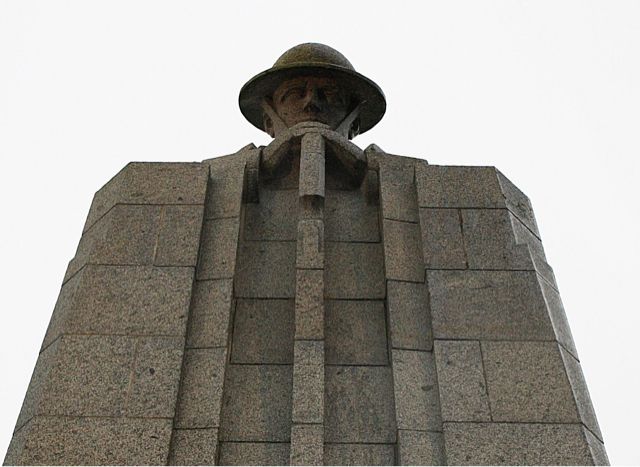 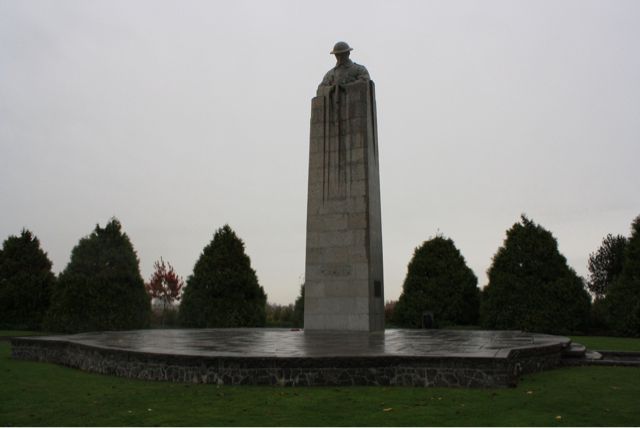 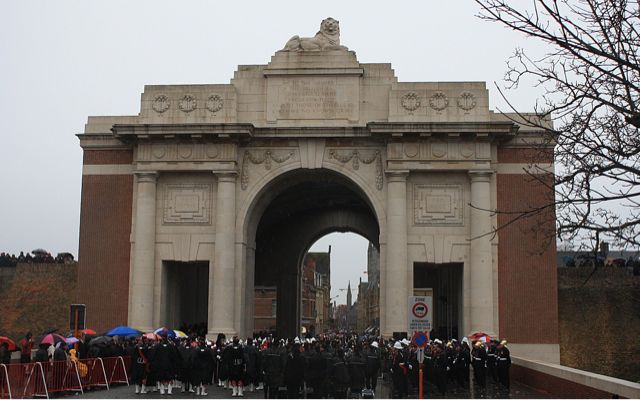 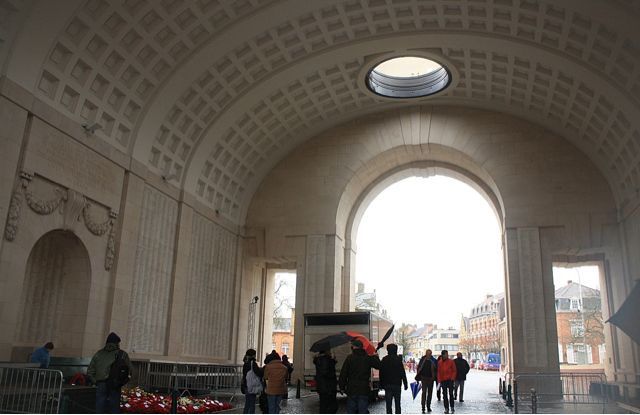 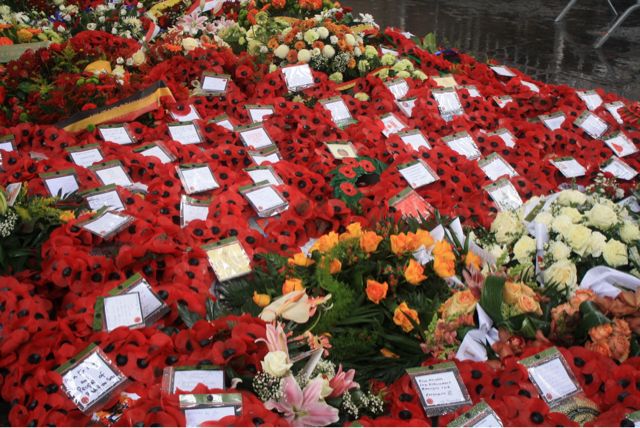 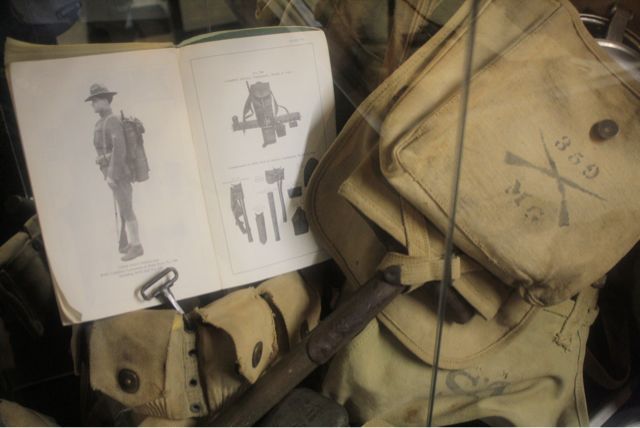 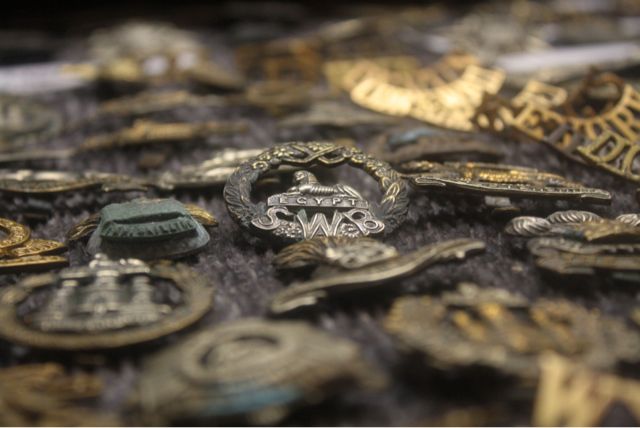 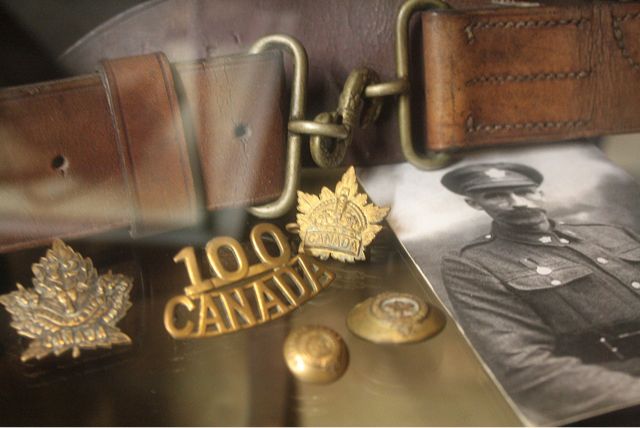 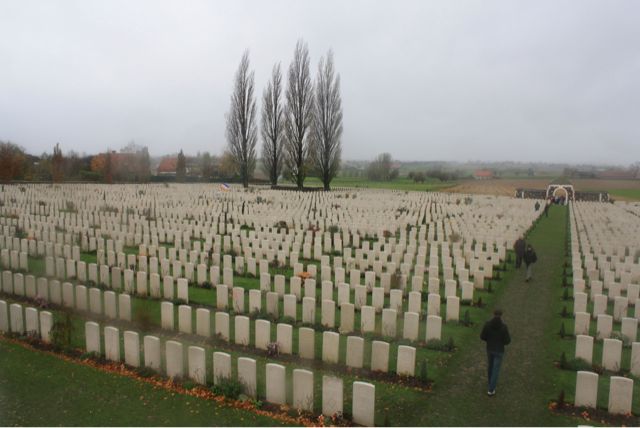 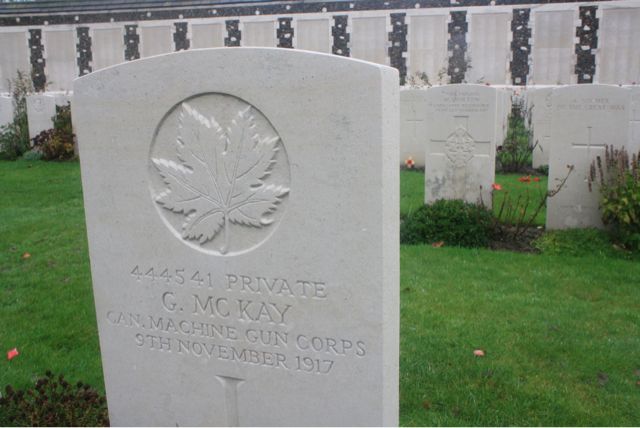 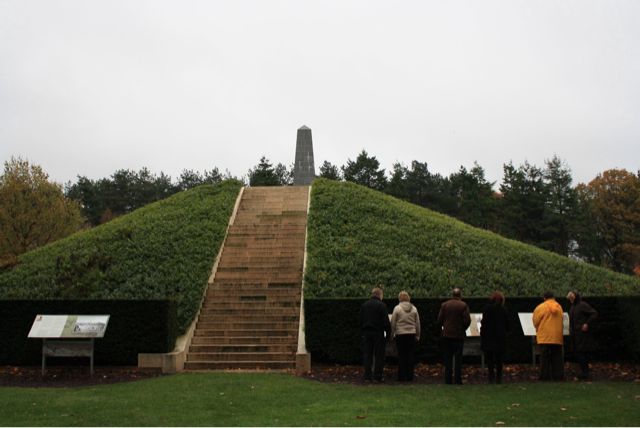 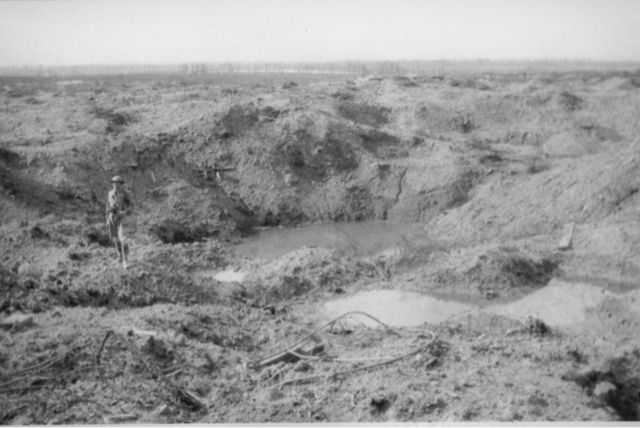 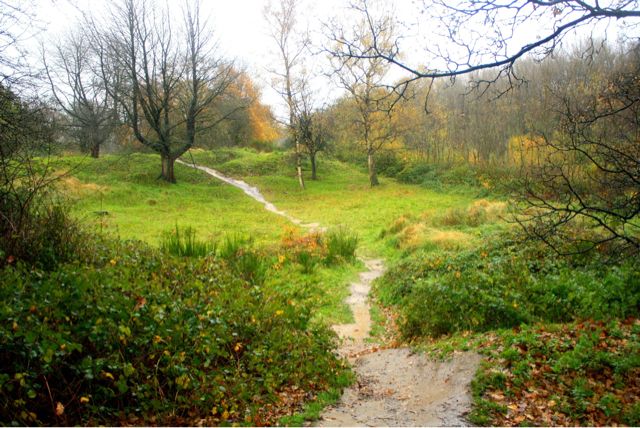 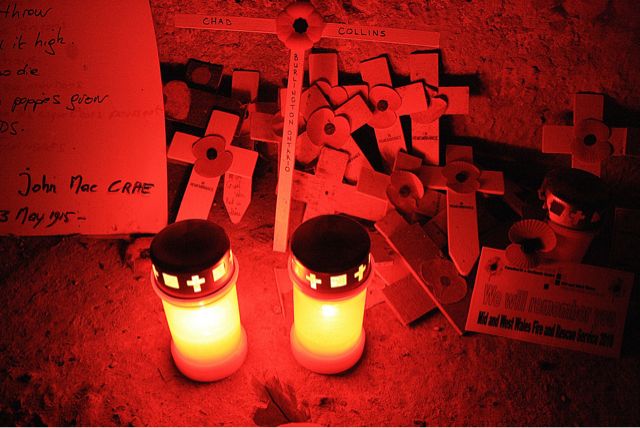